Well the battle had been running the day before. I arrived to be handed command of the remainder of a division of d'Erlon's attack on the ridge. Things had seemingly not gone well and the two brigades were down to half strength and spent. It seemed prudent to tactically withdraw out of gun range so they fled. The one thing I liked about the advanced position was that one cannon had been pushed up into effective range and was working over a few units.

Whole my troops milled about on the floor of the valley collecting their wits, I cast around to see what artillery I could 'acquire.'

I had also been given command of some cuirassier and some hussars. I used these to tie up my opponents cavalry who were threatening my flank.

The French position as a whole was not good. A string of massed attacks along the line were disjointed and had not put any great pressure on the allies. Napoleon's grand battery was anything but grand, scattered to the winds, it ineffectually lobbed shot about. In the real battle the Napoleon out numbered the allies in guns by 4-3 but it more like the other way round in this.

Me and the other commander of the remnants of d'Erlon's corps began massing all available guns next to the one that had been left up front. My infantry by this time had shaken themselves out and were a semblance of a fighting force again.

This massed concentration of guns had not gone unnoticed and a few worried discussion could be heard behind the allied line. Time was unfortunately against us the Prussians were beginning to arrive and packing up was soon.

As the battery started to do it's devastating work, battering the allied line gaps started to appear. The allies desperately launched the union cavalry brigade to clear away the battery. I had however been carefully husbanding a brigade of cuirassier that I had pinched from the cavalry reserve for just this occasion. In a three foot charge they cut off the union brigade from their target. I did get lucky with the dice it has to be said.

Sadly that is where the game ended, the melee unresolved and the battery not quite finished. The only bright note for the French was the fall of hougoumont, the game was a solid win for Wellington he didn't really need nightfall or the Prussians in the end. 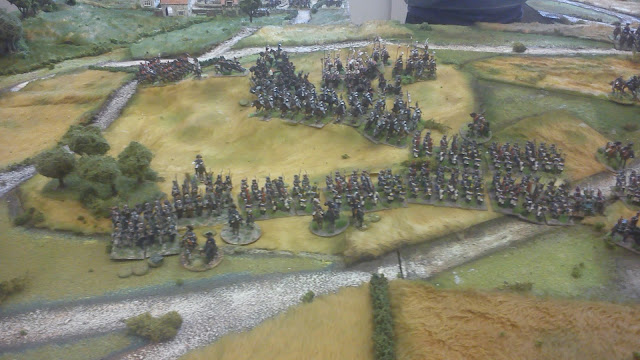 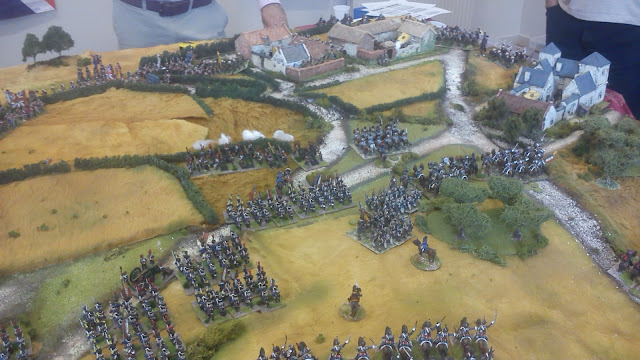 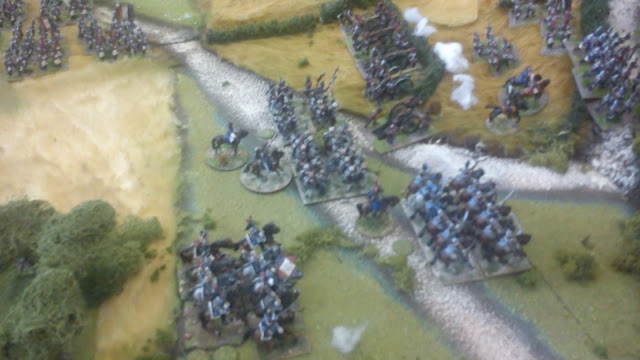 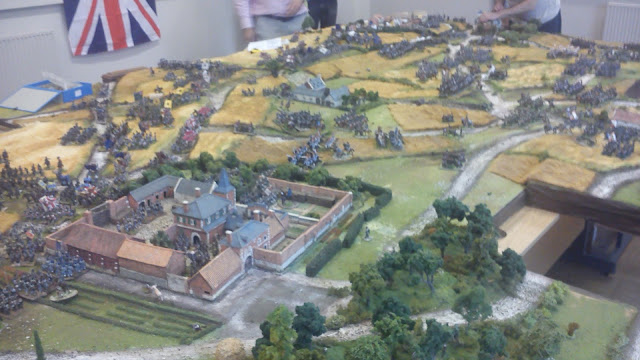