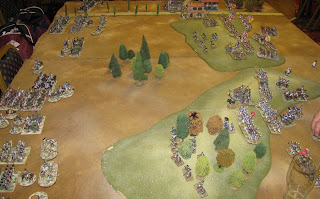 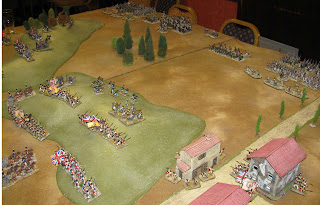 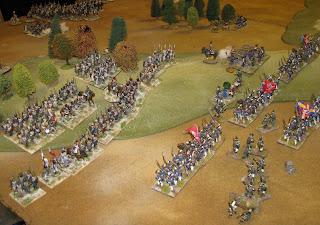 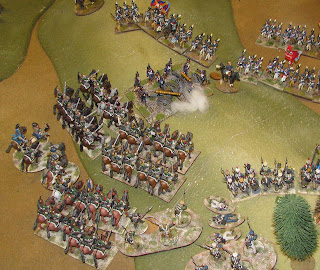 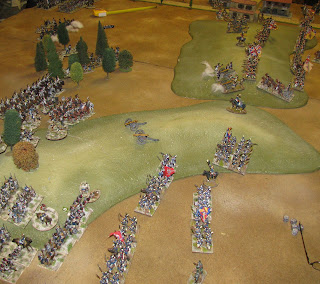 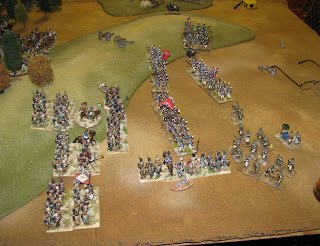 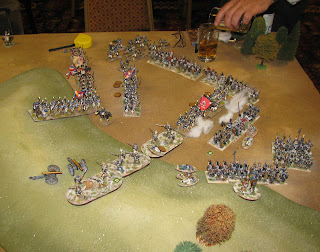 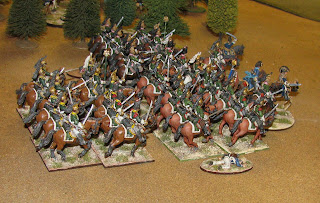 It was an enjoyable game and it is nice to get all the toys out especially the dragoons.
Posted by Dougie No comments:

Kolin but with a Russian twist. Kolin was fought in the summer of 1757 as part of Frederick the Great's attempts to subdue Austria, Since Angus had neglected to collect any Austrians we had to substitute some Russians in. 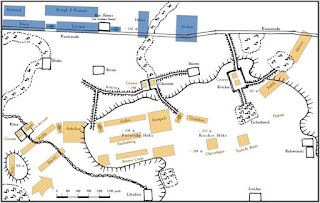 The field was laid out in a rough representation of the battlefield no expense spare here. The set-up was slightly unorthodox with heavy cavalry being substituted in for Hussars.

The Prussian plan was pretty much follow what Frederick did assault the end of Kechnor ridge past Kechnor and through the oak wood. It didn't work for Frederick but only just.

The Game started with the Prussian infantry refusing one brigade and assaulting with two up the ridge. The focal point of this attack was a large Russian battery located at the end of the ridge beside the oak wood. 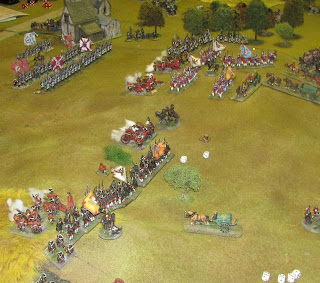 The Russian started to blaze away at the advancing infantry the russian cannon balls started to take effect and the casualties began to mount along with the disorders. As the lead 2 battalions began to stall things were not looking too rosy. The Grenadier brigade advancing on their flank through Kechnor village and the oak wood were making better progress. 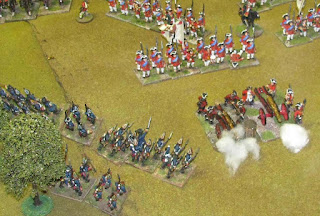 Popping out of the oak wood the grenadiers launched a charge against the gun battery. They managed to sweep through that and a supporting battalion things were starting to look a bit better. 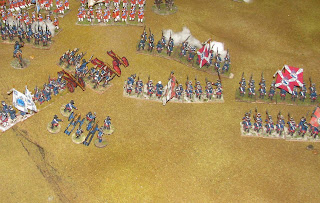 The assault began to gain some real momentum as the recovering brigade swung round to support the grenadiers assault. This was all getting to look to much like how the real battle went and the hurrying reinforcements from the Russian right flank really added to the feel. 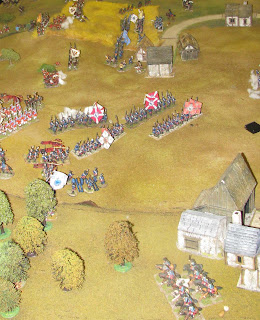 As the Russians desperately tried to shore up their centre the Prussains were trying to press home their advantage. Unfortunately as with most big games time was against us reaching a conclusion. The Russian position was grave but reserves were at hand. The Prussians had the advantage but had no reserves at hand to seal their success. 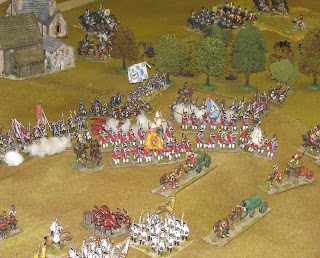 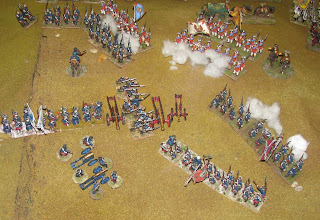 Back from the Dead

Well it has been a while, things at the homestead have been interesting to the extent that now I have left. While unimportant dear reader to you it has put a bit of a crimper on my blogging. Hopefully now I will be able to resume my inane ramblings to keep you all amused.

I thought I would post a few old games that I have played over the years but never posted.
Posted by Dougie 2 comments: