Pattons 3rd Army had been having a blast chasing Germans across France now, due to the well documented fuel shortage, it was lurching to a standstill on the banks of the Moselle. Patton was very keen to establish a few bridgeheads, for when the supply situation eased he would not be faced with a river assault. 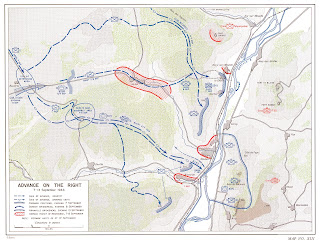 Having tried their luck Dornot to the north, a new attempt was made at Arnaville on the 10th of September. Arnaville had a ford and a highly defensible ridge line but incredibly bad access. Storming across, the Americans soon captured the ridge and began to dig in for the inevitable counter attack while the ford was being prepared to accept armour. 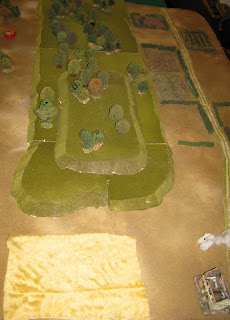 Our game represents the initial German counter attacks on the 11th of September. The River Moselle is just off to the right of the photo. The Americans are holding the ridge with 2 reinforced companies. A reduced infantry company of 17th SS Panzergrenadiers with an attached mechanized recon platoon occupy the village of Corny at the bottom of the photo. The 3rd Panzergrenadiers are in the woods just off table on the left of the photo with a reduced company and a couple of StuG III. The smoke just in front of the village runs all the way back to the river, the Americans had set up smoke projectors to cover the crossing from direct observation. 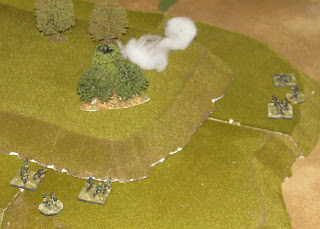 Team Nazi had decided to coordinate their attacks against the end of the ridge and utilised their artillery in a peliminary bombardment. The rounds however fell on empty woods and the inital scouting produced no results. The Germans began to advance quite cautiousally, it soon became clear that team Yank had left this undefended and then it became a race to the top for the Heer and the SS. 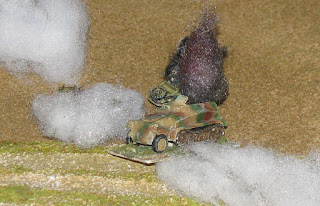 17th SS recon unit moved out of the village to the smoke screen to do some spotting. This attracted the attention of the American FOO who bracketed the command with a stonk, 2 vehicles went up in smoke and the rest of the command fled back the village. 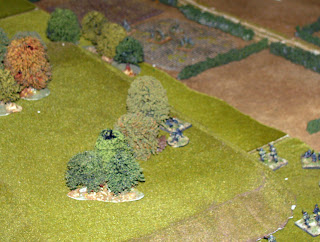 The Americans it would seem had neglected to garrison the half of the ridge and the rather surprised Germans captured it without a casualty.

The next few moves saw the Germans pushing slowly along the ridge while the Americans began rushing troops over. 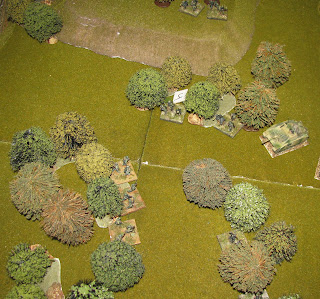 Eventually the push along ran into some resistance the ensuing firefight produced fairly even results. The 3rd Panzer Grenadiers began to concentrate their troops to continue the push along the ridge. 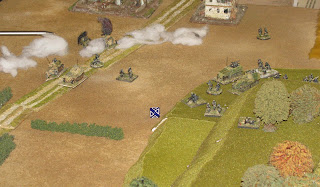 The 17th SS meanwhile had been advancing on a broad front. Not much had been seen but they had attracted more artillery fire. 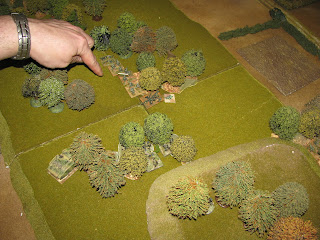 3rd Panzergrenadiers had pushed up their StuGs to assist in the firefight  this however revealed a 57mm a/t gun which sent one of the StuGs scuttling back.

The ford was now deemed usable and the americans began rushing tanks over to assist in the defence. 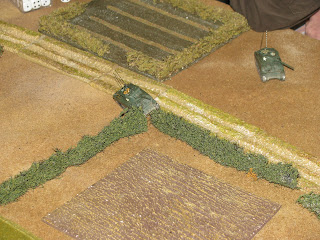 At this point time had caught up with us. The position was not looking good for the Americans. With half the ridge captured the Germans would be able to establish observation and bring observed fire down on the crossing point. It would have been interesting to have played a few more turns the Americans would have had to made some attempt to retake the hill. 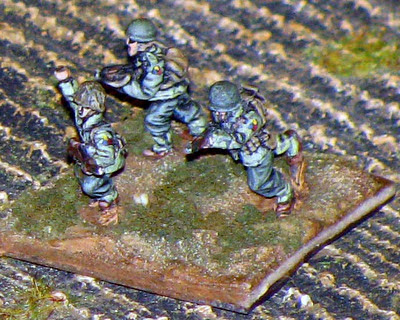 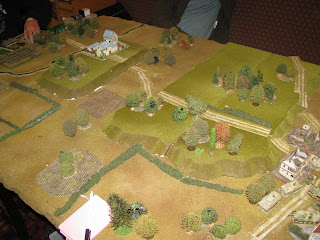 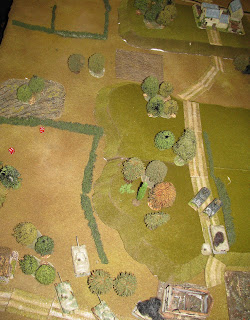 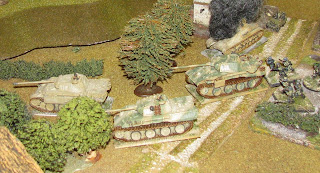 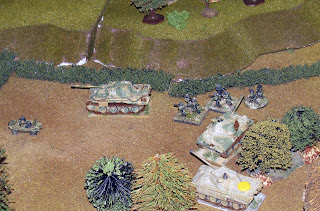 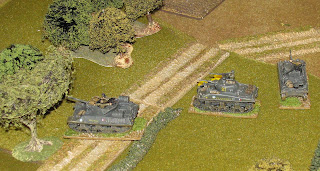 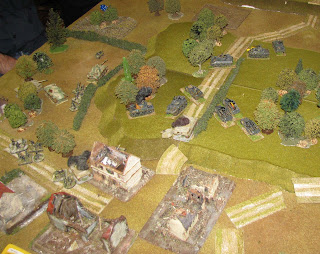 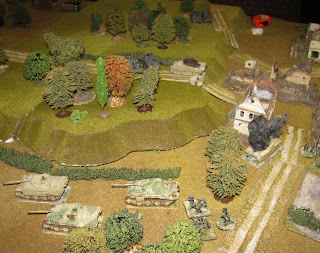